For the past few months, we have been collecting Meccano together from all corners of our house and workshop, in readiness for a house move in the new year. We had no idea just how much Meccano we have collected over the past four decades. As of today we are in the process of selling-on the masses of stock we are never going to use, through our internet shop.

The most interesting place to look will be the lots list that can be found HERE. We will be adding to the list, slowly to start with but over the following days and weeks we will be adding more and more. Just keep popping in to see what's new. If you really don't want to miss anything, you can sign up for notifications of product listings and/or our News pages simply by entering your e-mail address into box in the left hand column on any page of the website. You can opt in and out of the list at any time by checking or un-checking the options boxes that will appear when you click on the subscribe button. 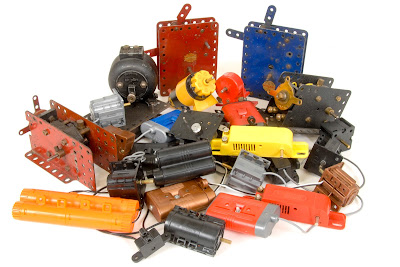 At the time of writing, we are working on a couple of new sections. One is Motor City where you will find all sorts of genuine motors and gearboxes from across the whole Meccano range going way back to some of the early clockwork and electric motors of the pre second world war era, through to the current offerings of the past decade or so. 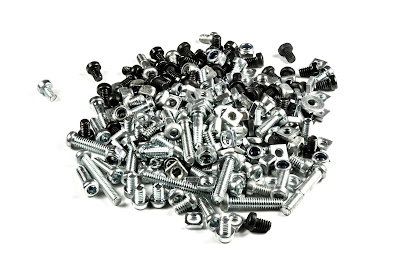 In case you are wondering where it has all come from, fear not, you are not the only one to wonder. We sat down and thought about this and came to the conclusion that most of the 'modern' stuff (by 'modern' I mean parts from the 1980 to around 2013 when Meccano was bought by Spin Master) came from eBay. We have been eBayers for fourteen years. We joined in 2002 primarily to buy Meccano and buy we did.  For more than a decade it was possible to buy up lots of sets in unused condition. Most of these sets were bought and either never built and a lot were never opened. The ones that had been started were in the main, never finished. Stored away until they were ripe for disposing of.  In those early days, eBay provided a place where all that Meccano could be sold easily. It also gave us a source of modern parts which we pounced on. The trouble was we were buying whole sets to acquire a couple of parts and in order to build a good supply of those parts we also accumulated vast amounts of modern parts and huge quantities of nuts and bolts.

We do not only buy from eBay. We have bought several collections over the years, large and small. This is where a lot of our own collection has come from. This has amassed huge amounts of tatty old Meccano. Some of which we refurbish for our own use, the rest we sell  at meetings and shows in boxes for a few pounds, the rest we will be putting on eBay as lots that weight to a maximum of 2kg (including packing) to keep postage charges reasonable.

Talking of shipping charges, we have simplified that on RalphsShop.com  for UK buyers. No matter what you buy from the shop you will never pay more than £3.00 shipping for each order, so the more items you add to the shopping basket at each visit the better, as you know you will not be charged a fortune for delivery no matter how heavy the order is!

That's enough of that, back to the building! 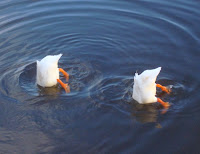 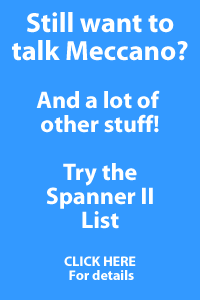 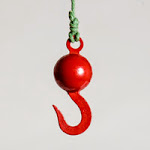